Skip to content
All Business Enterprises Charity Education Other 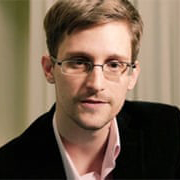 Who Is Edward Snowden?
Edward Snowden is a 31 year old US citizen, former Intelligence Community officer and whistleblower. The documents he revealed provided a vital public window into the NSA and its international intelligence partners’ secret mass surveillance programs and capabilities. These revelations generated unprecedented attention around the world on privacy intrusions and digital security, leading to a global debate on the issue.

Snowden worked in various roles within the US Intelligence Community, including serving undercover for the CIA overseas. He most recently worked as an infrastructure analyst at the NSA, through a Booz Allen Hamilton contract, when he left his home and family in Hawaii to blow the whistle in May 2013. After travelling to Hong Kong, Snowden revealed documents to the American public on the NSA’s mass surveillance programs, which were shown to be operating without any public oversight and outside the limits of the US Constitution. The US government has charged Snowden with theft of government property, and two further charges under the 1917 Espionage Act. Each charge carries a maximum 10-year prison sentence.

With the US pursuing his extradition, Snowden is now in Russia, where he was formally granted three years’ residency from 1 August 2014, after a year of temporary asylum in Russia ended on 31st July 2014. Journalists continue to publish documents from Snowden that reveal the secret and unaccountable systems of modern global surveillance.

Edward Snowden: Sam Adams Award
Snowden talks at the Sam Adams Award award ceremony in October 2013 about the secret surveillance he revealed and its dangers to democracy.

It is the only fund endorsed by Edward Snowden. If you see others claiming to raise revenue for Edward Snowden, please report them to the trustees at: [email protected]

To contact us about any issue involving the site, or how to volunteer, please email: [email protected]

Each of the three charges carry a maximum of ten years in prison plus a fine, totalling a possible 30-year sentence. It is possible that further charges may be brought against Snowden.

The US administration has already taken many actions towards the extradition of Edward Snowden. Not only have arrest and extradition warrants been issued to numerous countries, but US officials have also personally pressured political leaders and threatened to cut trade benefits for failure to pursue Snowden’s extradition. People who have assisted, or are suspected of associating with, Snowden have also been put at risk or harassed, including WikiLeaks journalist Sarah Harrison, who accompanied Edward Snowden during his transit from Hong Kong to Moscow, and journalist Glenn Greenwald’s partner David Miranda, who was detained for nine hours under the UK’s Terrorism Act while transiting through Heathrow airport.

Edward Snowden risks an unfair trial as there is no public interest or whistleblower exception under the Espionage Act. This means Snowden would be unable to use his intent as a defence. In an interview, he explained the reasoning behind his revelations: “I can’t in good conscience allow the US government to destroy privacy, internet freedom and basic liberties for people around the world with this massive surveillance machine they’re secretly building.”

Snowden is not only at risk of legal punishments, but physical as well. Despite a letter from US Attorney-General Eric Holder that Edward Snowden would not be subject to the death penalty or torture, Michael Ratner, president emeritus of the Center for Constitutional Rights, notes that these comments are “meaningless“. On the subject of torture Mr Ratner commented:

“Think about how the US defines torture. The US doesn’t really think that anything it did under the Bush era was torture, with the exception possibly of waterboarding. So that means Ed Snowden can be subjected to every enhanced interrogation techniques – you know, lights on all the time, loud noise, cold temperatures, hot temperatures, strapped into a chair. All of the, quote, ‘enhanced interrogation techniques’ are allowed under US view of torture.” He also commented: “It doesn’t say anything in the letter [that the US] won’t put him into some underground cell and keep him there the rest of his life.”

To understand the threats against Edward Snowden, one need look no further than the other whistleblowers who have been prosecuted by the Obama administration. The Obama adminsitration boasts about the fact that they have “prosecuted twice as many cases under the Espionage Act as all other administrations combined”. A notable case is that of Chelsea Manning, who after three years of pretrial detainment, including under unlawful conditions, was sentenced to 35 years in prison.

The Obama administration’s crackdown on national security journalism and its whistleblowers has been escalating for some time and Edward Snowden’s revelations place him in the crosshairs.

Sea Shepherd was founded in 1977 by Captain Paul Watson in Vancouver, Canada, with the mission to protect and conserve all marine wildlife. Incorporated in Oregon in 1981 as the Sea Shepherd Conservation Society, today the movement has independent entities in over 20 countries working together on direct-action campaigns around the world. Navigate our timeline on here.
Our Mission
Sea Shepherd Conservation Society is the world’s most passionate and powerful protector of ocean life. We are on a mission to defend, conserve and protect the seas and marine wildlife like no organization can.

From its earliest years, Sea Shepherd has embraced the mandate of the United Nations World Charter for Nature to uphold international conservation laws. With the largest private navy on the planet, we collaborate with governments who share our ships and use their authority to intervene and enforce the law.

To save marine wildlife and ecosystems, we take more than a stand. We take action.

Our Approach
“The oceans are the last free place on the planet” – Paul Watson
paul imageWe are risk-takers. For over 40 years, we have grown from a small organization to a global movement of thousands of passionate volunteers from dozens of nations. What has never changed is our attitude.

We put ourselves on the front lines to expose the truth, save marine wildlife, conduct vital research and stop illegal activity through collaborative campaigns with communities and governments through lawful means and in accordance to international charters and declarations.

Our commitment has led us to protect marine wildlife—including endangered or threatened species—and their delicate habitats. We have cut illegal nets, cleaned vital ecosystems, shutdown illegal operations in contentious waters, and even delivered humanitarian supplies. We never stop because the survival of our ocean is a constant challenge. It is an enduring commitment and a long-term solution.

Life began in the ocean. We must Defend, Conserve and Protect it. Now and always. We partner with world-changing activists.
We defend, equip, and give a platform to human rights activists who are boldly changing their communities and countries.

We activate millions of supporters.
We amplify the impact of our activists by inspiring people around the world to participate in our initiatives.

Who We are
We are a nonpartisan, nonprofit organization that promotes and protects human rights globally, with a focus on closed societies. HRF unites people in the common cause of defending human rights and promoting liberal democracy. Our mission is to ensure that freedom is both preserved and promoted around the world.

We focus our work on the founding ideals of the human rights movement, those most purely represented in the 1948 Universal Declaration of Human Rights (UDHR), and the 1976 International Covenant on Civil and Political Rights (ICCPR).

Our volunteer lifeboat crews provide a 24-hour rescue service in the UK and Ireland, and our seasonal lifeguards look after people on busy beaches. Our Flood Rescue Team helps those affected by flooding.

RNLI crews and lifeguards have saved over 142,200 lives since 1824 but we’re more than a rescue service. We influence, supervise and educate people too. Our Community Safety teams explain the risks and share safety knowledge with anyone going out to sea or to the coast. And our international teams work with like-minded organisations to help tackle drowning in communities at risk all around the world.

We are the RNLI: the charity that saves lives at sea. Every day of every year, people of all backgrounds get into danger in the water. It’s a problem that we’re here to tackle.

Your donation gives girls in Uganda a chance!

1 out of 4 children finishes primary school. Many parents are not able to finance the costs for higher education and their children need to stay at home.

Young girls are often excluded from school education. Families don’t have enough money and in case of doubt boys are allowed to go to school. Animal Hope Bulgaria – Burgas is an organization that operates entirely through volunteers, without receiving state or municipal funding, which means that the only way to help our animals is with your donations and support.

Every day we are overwhelmed by dozens of reports of animals in distress, signals that all we can do is share to our page due to the shortage of accommodation and financial resources for their treatment and nutrition.

Since April 2016, we have been in a particularly dire financial situation. We bought land to build a crisis center but the project was frozen due to lack of funds. At the moment, we are barely able to buy the weekly animal feeds and cover the bills in veterinary clinics. Unfortunately, there is a real danger of having to put the animals back on the streets, or worse.

In order to respond to signals, to save, to heal, to nourish, to care for and to provide shelter to all those homeless animals WE need YOU! We need your help and support! Because YOU are the engine of our organization. We give them our days and nights, our love, attention and personal funds… but considering their number, our means are extremely inadequate.

The site is maintained by two people, one of whom takes care of the animals daily, and we also go to work. We do not have the physical ability to constantly share to pages and groups. We are deeply disappointed that our page, as well as our personal profiles, are overwhelmed by constant signals in which we are required to take in another animal, and at the same time, our appeals for help are ignored. We want to help each and every animal but we can’t.

We cannot describe with words the feeling of dozens of big sad eyes looking hopefully at you, or the lump stuck in your throat because you cannot afford to take them in… and yet there they are – waiting and hoping. And since no one should ever go to sleep hungry, no one should suffer and be in pain, our loans and obligations grew bigger and bigger and it reached the point of where we can no longer afford to go further.

We live day by day with the food donated to us. In one week, our dogs consume 70 kg of dog food and our cats about 25 kg of cat food. We have liabilities of over €1,500 to veterinary clinics. We also pay €250 for rent every month.

To anyone who decides to help – thank you! We also thank you on behalf of all those animals that, with the help of each big heart that decides to donate, will be fed and sheltered tonight. All they have is us – the people who love them and care for them!