FREEDOM OF THE PRESS FOUNDATION 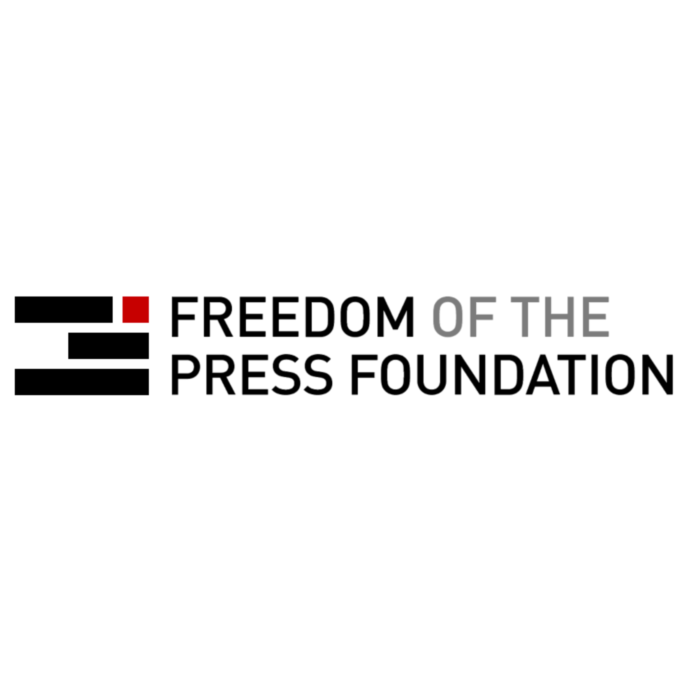 Our Mission
Freedom of the Press Foundation (FPF) is a 501(c)3 non-profit organization that protects, defends, and empowers public-interest journalism in the 21st century.

The organization works to preserve and strengthen First and Fourth Amendment rights guaranteed to the press through a variety of avenues, including the development of encryption tools, documentation of attacks on the press, training newsrooms on digital security practices, and advocating for the public’s right to know.

Freedom of the Press Foundation is built on the recognition that this kind of transparency journalism — from publishing the Pentagon Papers and exposing Watergate, to uncovering the NSA’s warrantless wiretapping program and CIA secret prisons — doesn’t just happen. It requires dogged work by journalists, and often, the courage of whistleblowers and others who work to ensure that the public actually learns what it has a right to know.

Our Work
We accomplish our mission in several ways:

SecureDrop. We lead the development of SecureDrop, an open source platform for secure communication between sources and media organizations, and we support its adoption by newsrooms around the world. SecureDrop is available in 10 languages and used by more than 70 media organizations world-wide, including The New York Times, The Washington Post, Associated Press, The Intercept, USA Today, CBC, and The Guardian.

Digital Security Trainings. We conduct in-person digital security trainings with journalists and filmmakers to help teach them about digital security tools and offer them the best available technologies to protect themselves and their sources.

U.S. Press Freedom Tracker. In partnership with the Committee to Protect Journalists, we run the US Press Freedom Tracker, a website for monitoring press freedom violations in the United States. This nonpartisan news website is the first to provide reliable, easy-to-access information on the number of press freedom violations in the United States—from journalists facing charges to those stopped at the US border or physically attacked while on the job.

Encryption Tools & Special Projects. We also build a variety of experimental technology projects that aim to protect journalists or promote transparency. In 2017, we helped release an Android app called Haven, which can use the sensors on anyone’s smartphone to act as a security system for your surroundings. The project is open source and does not send any information to the cloud. We also built a Twitter bot called FOIA Feed which automatically collects stories that rely on the Freedom of Information Act from over a dozen different news outlets. Additionally, we built a tool that can archive at-risk news outlets which are in danger of being blocked or deleted from the web and it was credited by reporters as being a factor in stopping Peter Thiel from buying and permanently deleting Gawker.

News and Advocacy. We engage in public and legal advocacy around critical press freedom issues, including excessive government secrecy, the protection of whistleblowers, the surveillance of journalists, the Freedom of Information Act, and reporter’s privilege.

Crowdfunding. Non-profit media, independent transparency organizations, and open-source security tools are increasingly a critical component of the journalism landscape. We aim to broaden the financial base of these types of projects by crowd-sourcing funding and making it easy for people to support the best journalism from an array of organizations all in one place.

Our Vision
Freedom of the Press Foundation aims to protect and promote the basic human right of freedom of the press, both in the United States, and abroad, in a world where surveillance, censorship, and manipulation are becoming more sophisticated and more pervasive. Public interest journalism — the kind of journalism that holds power accountable and defends human rights — is under threat everywhere.

Our goal is to ensure that all news organizations worldwide recognize that digital security is a critical press freedom issue in the 21st century. To protect journalists, their sources and their audiences, it is imperative that newsrooms use best-available security tools and practices, including encryption of sensitive communications and materials, anonymization of sources, and distribution of news through secure and censorship-resistant channels.