Your donation gives girls in Uganda a chance!

1 out of 4 children finishes primary school. Many parents are not able to finance the costs for higher education and their children need to stay at home.

Young girls are often excluded from school education. Families don’t have enough money and in case of doubt boys are allowed to go to school.

Without the hardworking independent developers who build and improve the Bitcoin Cash (BCH) network itself, our mission of helping the world access a fairer financial system wouldn’t be possible.

Understanding Bitcoin Cash
The difference between Bitcoin and Bitcoin Cash is philosophical.

As proposed by Bitcoin inventor Satoshi Nakamoto, Bitcoin was meant to be a peer-to-peer cryptocurrency that was used for daily transactions. Over the years, as it gained mainstream traction and its price surged, Bitcoin became an investment vehicle instead of a currency. Its blockchain witnessed scalability issues because it could not handle the increased number of transactions. The confirmation time and fees for a transaction on bitcoin’s blockchain surged. This was mainly due to the 1MB block size limitation for bitcoin. Transactions queued up, waiting for confirmation, because blocks could not handle the increase in size for transactions.

Major proponents of Bitcoin Cash, such as Roger Ver, often invoke Nakamoto’s original vision of a payment service as reason to increase block size. According to them, the change in bitcoin’s block size will enable bitcoin’s use as a medium for daily transactions and help it compete with multinational credit card processing organizations, such as Visa, which charge high fees to process transactions across borders.

Bitcoin Cash also differs from bitcoin in another respect. It does not incorporate Segregated Witness (SegWit), another solution proposed to accommodate more transactions per block. SegWit retains only information or the metadata relating to a transaction in a block. Typically, all details pertaining to a transaction are stored in a block.

Ideological and block size differences apart, there are several similarities between Bitcoin and Bitcoin Cash. Both use the Proof of Work (PoW) consensus mechanism to mine new coins. They also share the services of Bitmain, the world’s biggest cryptocurrency miner. The supply of Bitcoin Cash is capped at 21 million, the same figure as Bitcoin. Bitcoin Cash also started off using the same difficulty algorithm – Emergency Difficulty Adjustment (EDA) – which adjusts difficulty every 2016 blocks or roughly every two weeks. Miners took advantage of this similarity by alternating their mining activity between Bitcoin and Bitcoin Cash. While it was profitable for miners, the practice was detrimental to increasing supply of Bitcoin Cash in the markets. Hence, Bitcoin Cash has revised its EDA algorithm to make it easier for miners to generate the cryptocurrency.

But those safeguards proved to be a hindrance when bitcoin gained mainstream traction on the back of greater awareness of its potential and enhancements to its platform. The average size of a block had increased to 600K by Jan 2015. The number of transactions using Bitcoin surged, causing a buildup of unconfirmed transactions. The average time to confirm a transaction also moved upwards. Correspondingly, the fee for transaction confirmation also increased, weakening the argument for bitcoin as a competitor to expensive credit card processing systems. (Fees for transactions on bitcoin’s blockchain are specified by users. Miners typically push transactions with higher fees to the front of the queue in order to maximize profits.)

Two solutions were proposed by developers to solve the problem: increase the average block size or exclude certain parts of a transaction to fit more data into the blockchain. The Bitcoin Core team, which is responsible for developing and maintaining the algorithm that powers bitcoin, blocked the proposal to increase block size. Meanwhile, a new coin with flexible block size was created. But the new coin, which was called Bitcoin Unlimited, was hacked and struggled to gain traction, leading to doubts about its viability as a currency for daily transactions.

The first proposal also drew sharp and diverse reactions from the bitcoin community. Mining behemoth Bitmain was hesitant to support Segwit implementation in blocks because it would affect sales for its AsicBoost miner. The machine contained a patented mining technology that offered a “shortcut” for miners to generate hashes for crypto mining using less energy. However, Segwit makes it more expensive to mine Bitcoin using the machine because it makes transaction reordering difficult.

Paradoxically enough, Bitcoin Cash itself underwent a fork slightly more than a year later due to the same reason it split from Bitcoin. In Nov 2018, Bitcoin Cash split into Bitcoin Cash ABC and Bitcoin Cash SV (Satoshi Vision). This time around, the disagreement was due to proposed protocol updates that incorporated the use of smart contracts onto bitcoin’s blockchain and increased the average block size.

Bitcoin Cash ABC uses the original Bitcoin Cash client but has incorporated several changes to its blockchain, such as Canonical Transaction Ordering Route (CTOR) – which rearrange transactions in a block to a specific order.

Bitcoin Cash SV is led by Craig Wright, who claims to be the original Nakamoto. He rejected the use of smart contracts on a platform that was meant for payment transactions. The drama prior to the latest hard fork was similar to the one before forking Bitcoin Cash from Bitcoin in 2017. But the end has been a happy one as more funds have flowed into the cryptocurrency ecosystem due to the forking and the number of coins available to investors has multiplied. Since launching, both cryptocurrencies have garnered respectable valuations at crypto exchanges.

We are a small group of people trying to help poor children and peddlers across Iran and Afghanistan, we are currently trying to provide food and clothing to them using only our own personal funds. These children are in a situation where they find themselves on the streets, alone, with no food, no help from anyone, and they see no future for themselves. Our organization is small, we are only five people and we are doing everything that we can to help as many children and peddlers as possible but our resources are limited.

I was born in Iran, then I lived in Afghanistan for a while and am currently back in Iran, where I see so many children out on the streets trying to survive and although I, myself, do not have an abundance of means, I try my best to provide any help that I can to these children. We are currently focused in Iran but we would like to expand our resources to Afghanistan as well, because there are many suffering children there as well. “The Safe Ride Foundation is one of Maryland’s leading organizations taking a stance against driving while intoxicated. Our mission is to implement and replicate programs that will not only provide our public with the education on the dangers of intoxicated driving, but also a faithful and reliable alternative to those dangers, and a haven of support for victims as well as the families of victims.

The Safe Ride Foundation, otherwise known as S.O.S. Safe Ride is a non-profit organization based in the bustling city of Frederick, Maryland.
We are adults who, just like you, enjoy having a great time out. However we also take immense pride in making responsible decisions when doing so. This includes both during and after a night out. Our organization was founded by individuals who grew up in this area, who understand its people, its culture, and its social indulgence habits. We believe that every organization must define four things for itself and others in order to truly be successful: its Mission, its Dream, its Vision, and its Purpose. Below we have outlined each of these, in an attempt for the public to truly understand what we’re aiming to accomplish with The Safe Ride Foundation.

Our Mission:
To implement and replicate programs that will provide our public with the education on the dangers of drunk driving, a faithful and reliable alternative to those dangers, and a haven of support for victims as well as the families of victims.
Our Dream:
To shift the drinking culture in our area and parts beyond to reflect a higher sense of accountability and responsibility as it pertains to driving while intoxicated.
Our Vision:
To effectively create the “Uber” of designated driving with a charitable infrastructure.
Our Purpose:
To ensure that every single intoxicated bar patron in our area arrives home safely, and not behind the wheel of a vehicle.

YOUR DONATIONS TO CRYPTO CAMPAIGNS HELP US MAINTAIN AND DEVELOP THE PLATFORM, THANK YOU FOR YOUR SUPPORT!

Some of our donors and partners

The best online store – All in one, Cheap prices, Free shipping 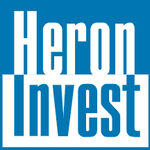